Thank You For Visiting Our Site 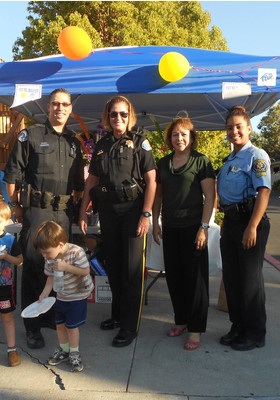 On behalf of the men and women of the Milpitas Police Officers' Association, welcome to our website. We hope you'll find our site enjoyable and informative. Here you will find links to other related sites which might be of interest, exchange information with us, and learn what we do for our community.

Our Mission and Value Statement

The goal of the Milpitas Police Officers' Association is to act as a liaison between its members and management. In addition, the Board conducts contract negotiations; schedules department functions, supports local charities and fundraisers and works to maintain morale among its members.

The Milpitas Police Officers' Association is governed by a Board of Directors consisting of a President, Vice President, Financial Officer, Secretary, and seven Board Members. The Board is elected by its members every two years.

The board members serve the Association by conducting contract negotiations, scheduling of association sponsored events, maintaining and improving department morale. The board members act as liaisons between the officers and the command staff when dealing with personnel issues.

During contract negotiations, the board members complete research and present the members' positions on topics such as benefits, work schedules, and salaries to the city manager.